OUR FOCUS IS ON SKIN CANCER

According to Cancer Australia, 2/3 of us are likely to get some form of skin cancer before we’re 75. And melanoma, the most dangerous form of skin cancer, kills an average of five Aussies every day. That’s 12 times more per capita than any other country. Which is absolutely crazy…

A lot of this can be blamed on our relatively thin ozone layer, but mostly, it’s because we love the great outdoors. And why wouldn’t we. We have some of the best beaches, country and natural wonders in the world. Plus a tonne of us work outside which makes spending time in the sun fairly unavoidable.

Skin Cancer forms when the skin’s pigment cells (melanocytes) mutate and become cancerous, multiplying in an uncontrolled way. They can then invade the skin around them and may also spread into the blood stream and take root in other areas such as the lymph nodes, liver, lungs and like our mate Wes – the brain. It’s a horrible thing to die from, which is why we want you all to pay attention.

HOW BIG OF A PROBLEM IS THIS? WELL...

(ACCORDING TO THE AUSTRALIAN INSTITUTE OF HEALTH AND WELFARE)

MILLION + a year on the Australian healthcare system

of Australians are likely to get some form of skin cancer.

Aussies were estimated to be diagnosed with melanoma in 2019. That's 1 every 1/2hr!!

THANKFULLY, OVER 98% OF SKIN CANCERS CAN BE SUCCESSFULLY TREATED IF THEY’RE FOUND EARLY, WHICH IS WHY GETTING CHECKED IS SO IMPORTANT 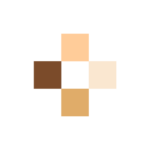 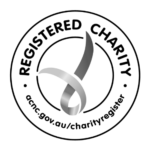 © 2021 Skin Check Champions. Made with love on Dharawal Country with respect for the Traditional, First Nations Owners and their elders, past, present & emerging. Any statistics used are quoted from the work of our friends at the Australian Institute of Health and Welfare, and any medical information we relay is not intended to replace that of your wonderful GP / specialist.